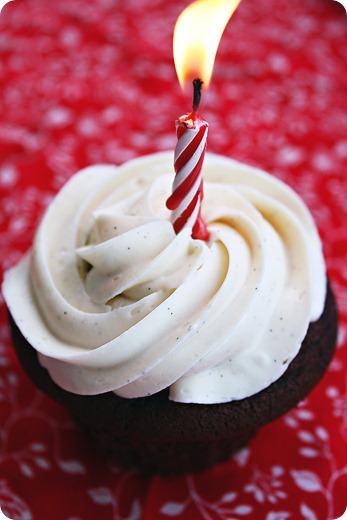 If ever I were to succumb to death by chocolate, I would want it to be from these cupcakes. Keep your brownies, biscotti, cookies and cakes. These cupcakes will be waiting for me in heaven… I just know it.

But instead of death, let’s talk about life, here and now. “Here” is a decadent little cupcake to celebrate the one-year anniversary of The Comfort of Cooking, happening “now”! Hooray, let’s celebrate! Cupcakes for all! 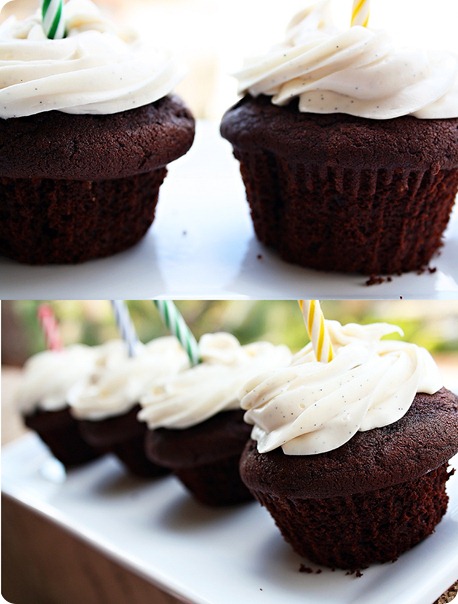 I’m feeling good about the year that’s passed, and looking forward to many more. On January 6, 2010, the day that I started my first entry, I wasn’t sure why I was writing, what I would write about, or who would read it besides my mom. However, since then I have come to find the answers to all of those questions. I’ve also been blessed with sweet and supportive readers, gained the confidence to take more risks in the kitchen, and learned a heck of a lot about cooking, baking and everything in between!

So, while I would like to but can’t hand-deliver cupcakes to every reader who has been kind enough to stop by and leave their two cents (sense? cents? I’ve never known), I hope you know how much I appreciate all of your support. Now, let’s get drooling over some chocolate… 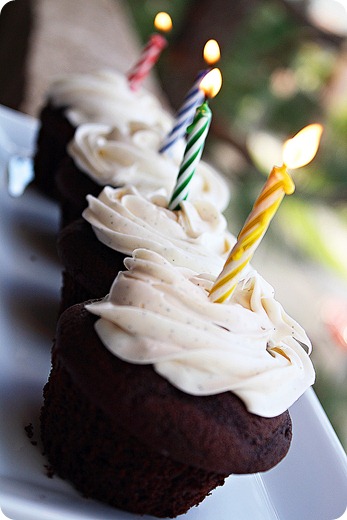 Soft, crumbly and moist, these cupcakes were a cinch to whip up and absolutely divine to devour. With the Valrhona cocoa powder and vanilla bean paste that I received as Christmas gifts from my mother-in-law, these cupcakes were little a slice of luxury in under half an hour.

If you have the occasion to make these cupcakes, or if you’re just a chocoholic like me, I can’t recommend this recipe enough. Gulp ‘em down with a glass of milk, and you’ll think you’ve died and gone to scrumptious, sinful chocolatey heaven. 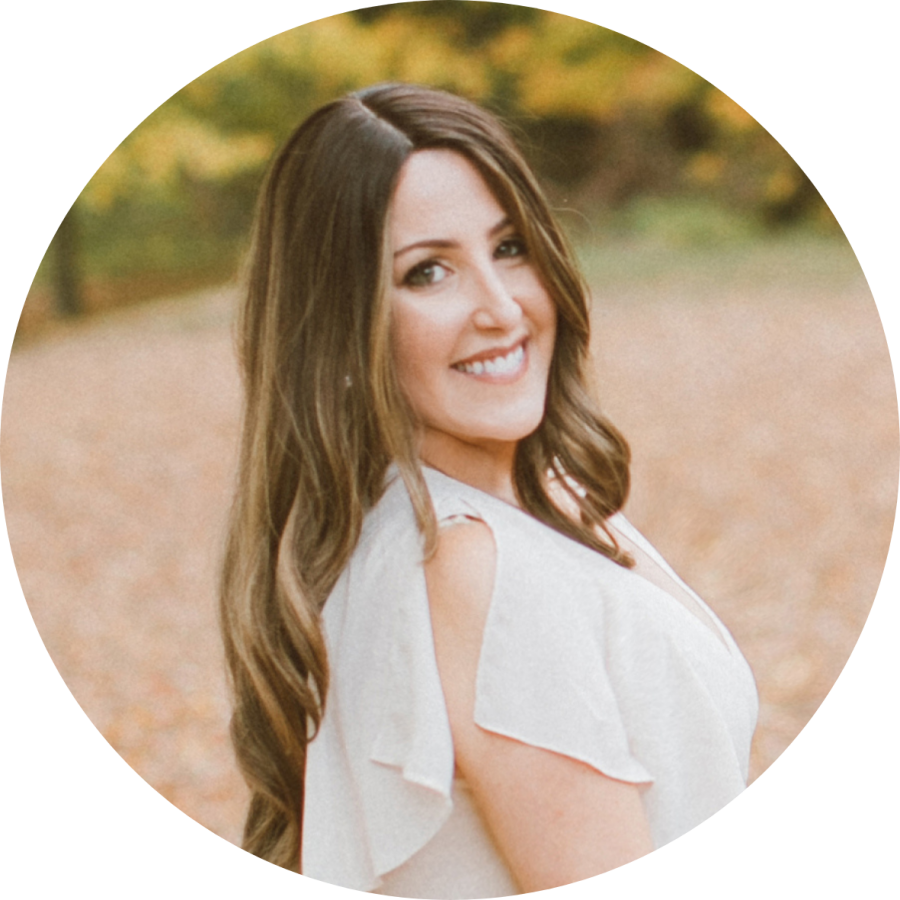