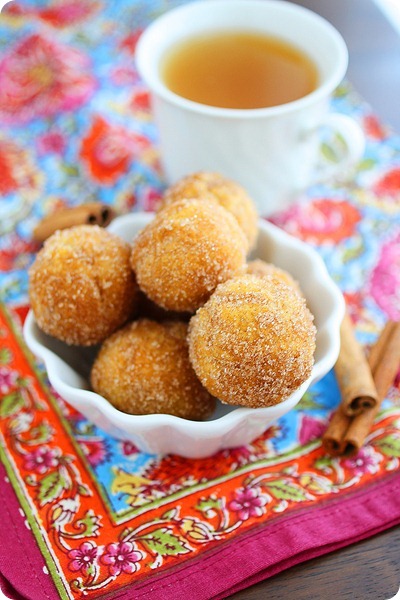 I have few fall memories better than the ones I made this year. On a brisk, damp morning in New England, hubby and I bundled up warm, set off on an adventure with no direction, and stumbled across the best apple cider donuts ever! They were deep-fried, delicious and friggin’ horrible for us, but who’s counting calories on vacation? :) 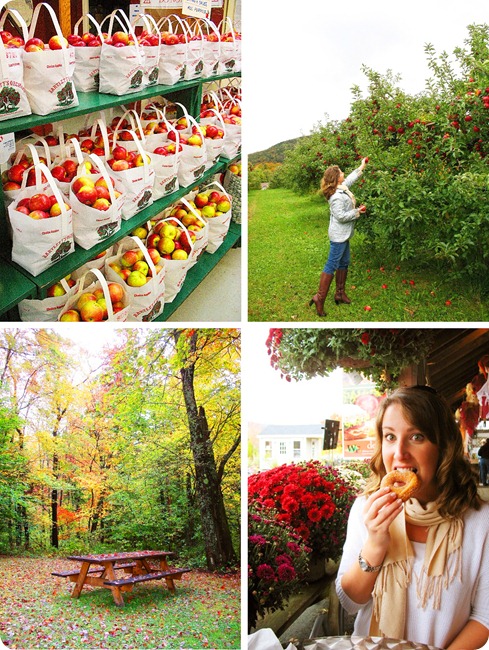 With days of apple picking and lots of long walks behind us, we earned our donuts, darnit! But I was determined to make an easy, anti-fried spin on them once returning home.

To say the least, they sure were a scrumptious success! 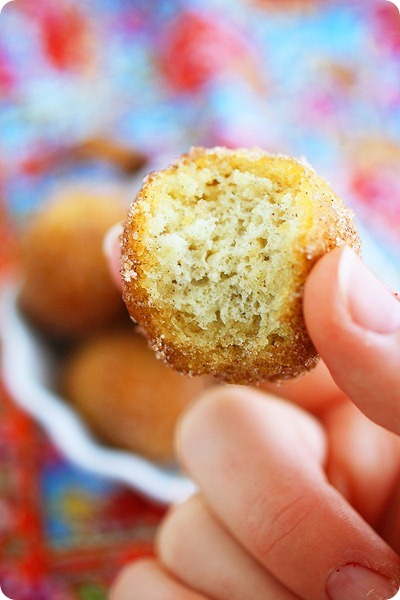 Just like my Baked Pumpkin Donut Holes, these delicious cuties are made using a mini muffin pan and not much else. Roll them in a little butter (or leave it out if you wish), then cinnamon sugar. Serve ‘em warm and just TRY to eat only one! 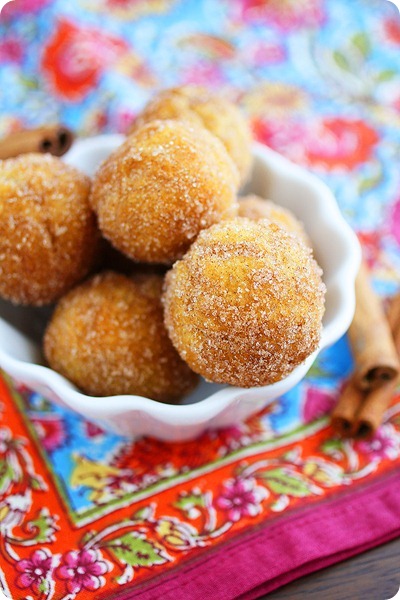 Want to be the most adored hostess to holiday guests this year? Make these! Next thing you know it, they’ll be serving you breakfast in bed and pitching in around the house! 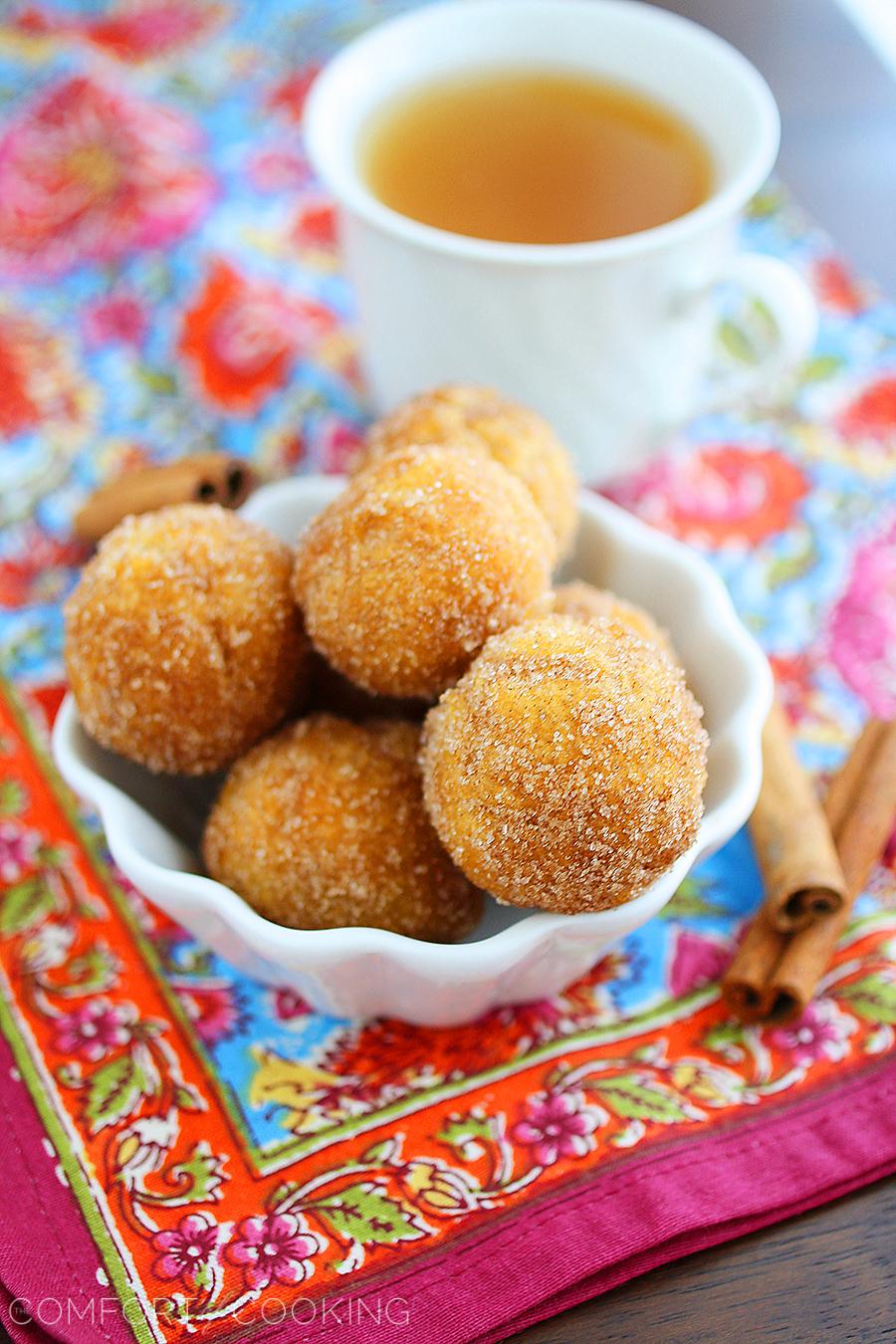 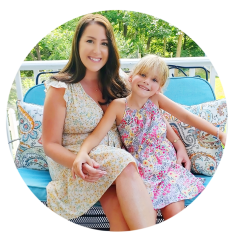